In the Garden and A Quick Handknit

We are vacillating between chilly and summer-like weather here in the foothills.  Winter usually sets in here sometime in December. This is bee balm that bloomed in June.
I've been piddling in the garden beds a bit and gathering herbs for wintertime use.  This is the common herb mullein that I dry then use as a remedy for chest colds and coughs in general.  It works - true story below... 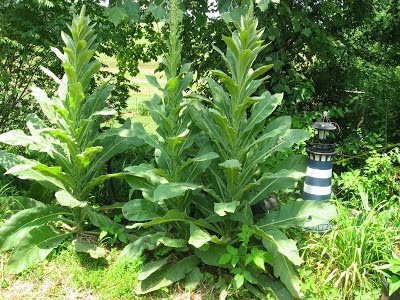 Several years ago Goodman and I both had the flu at the same time. It was rough to say the least and ended with really bad congestion and a wracking, seemingly endless cough.  A Cherokee friend told me that Native Americans had used wild mullein for centuries to help rid themselves of lung congestion.
I had some on hand, so I immediately brewed us a batch of tea and added honey and lemon for flavor. Even though he was coughing his head off Goodman was doubtful it could help and wouldn't try it. A few days later he had to see a doctor and take a round of antibiotics. Ahem, I did not. ;)  Within hours I was better, and the cough was gone completely in a few days.  I'm convinced it's an uncommonly good herb to have on hand.  Nowadays, we both have a cup or two of mullein tea when we get a bad cough. I use 1-2 teaspoons of dried mullein per 8 ozs. of boiling water, let it steep for 15 minutes then add honey and lemon to taste.  Disclaimer:  I'm not a doctor so see your physician for any serious medical condition.
Sidenote:  The leaves of the mullein plant are large and very soft;  hence another name for mullein is Cowboy Toilet Paper - just sayin'.  o.O

I found a silly fox in my strawberry bed... 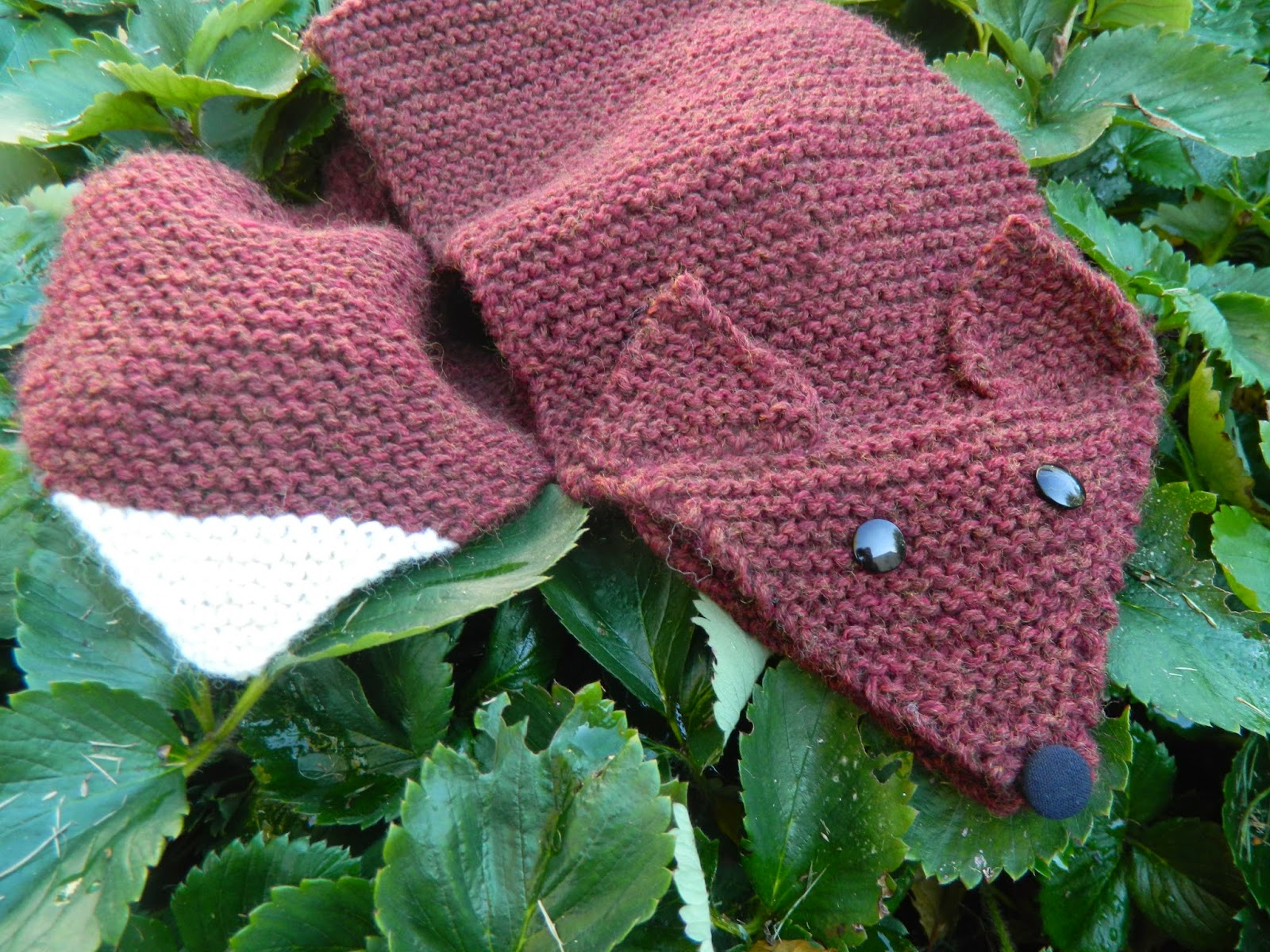 It somehow escaped from the hangin' tree in the backyard.  (Okay, it didn't really escape.)  If you'd like a quick-to-knit, fun scarf pattern, this one is it.  The free pattern is here.  Just scroll down the page at the site for the English version. 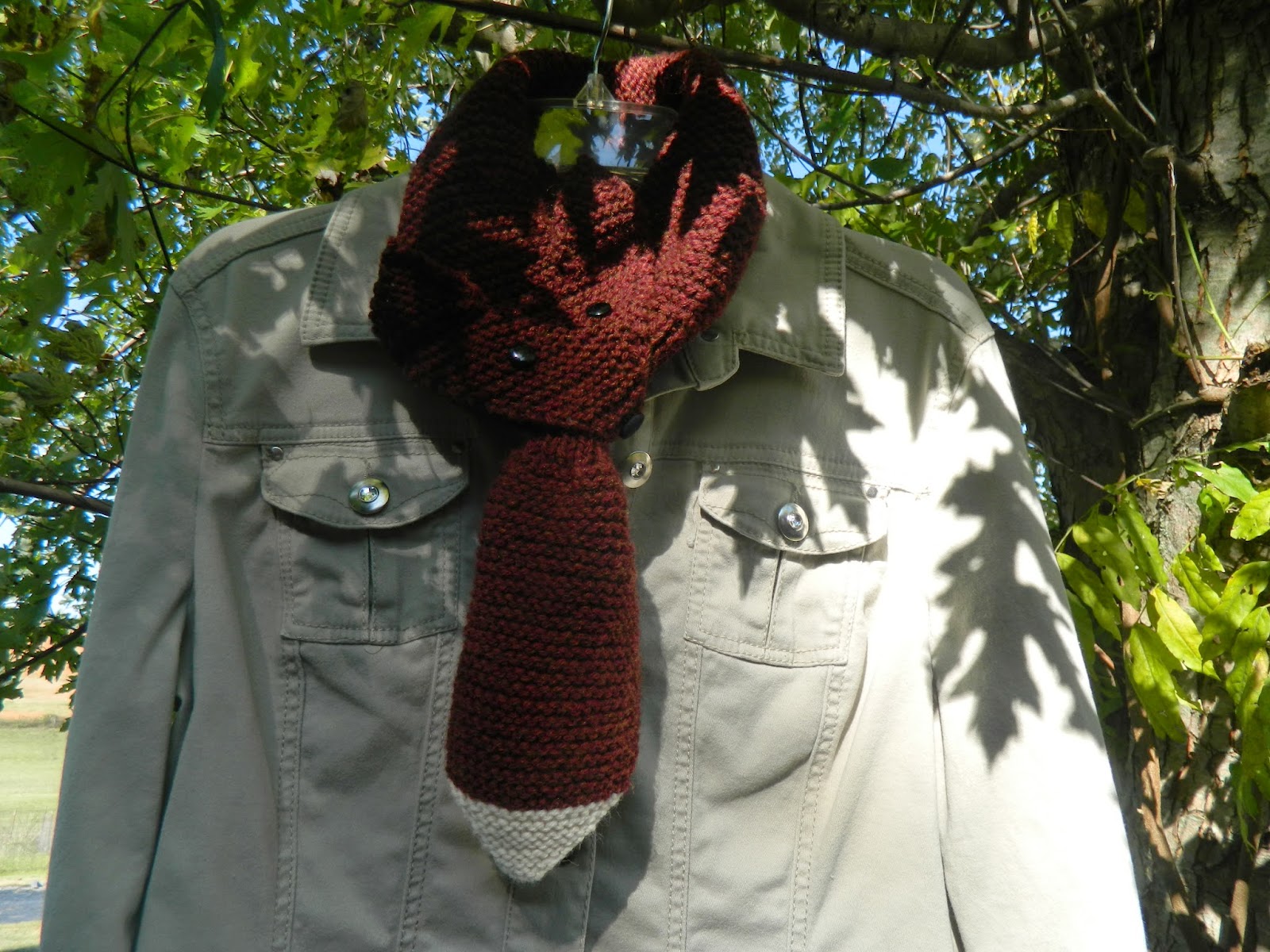 The June-bearing strawberry bed that I started anew back in the spring produced over eighty runners! (Yeah, I counted 'em, lol.)   I've rooted and potted some of them to make a few more beds for next year. 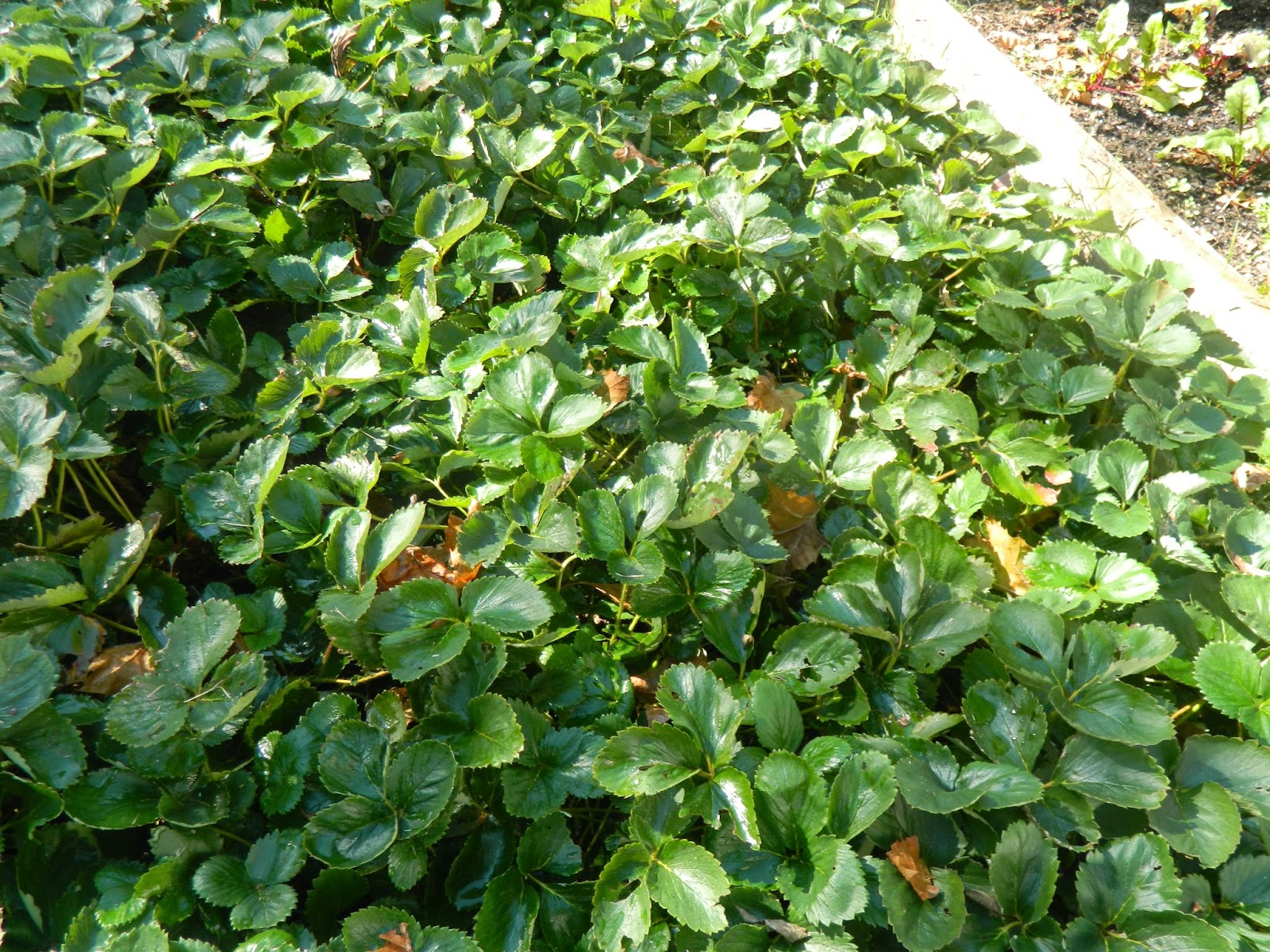 We planted carrots this year for the first time.  Gardening experts say keeping the seeds moist for the first few weeks to a month is the key to germination.  I did that and, lo, they are growing.  I let them get to the size you see here then planted garlic between the rows of carrots.  By the time the garlic needs more room the carrots will be long gone giving them plenty of room to grow next season. 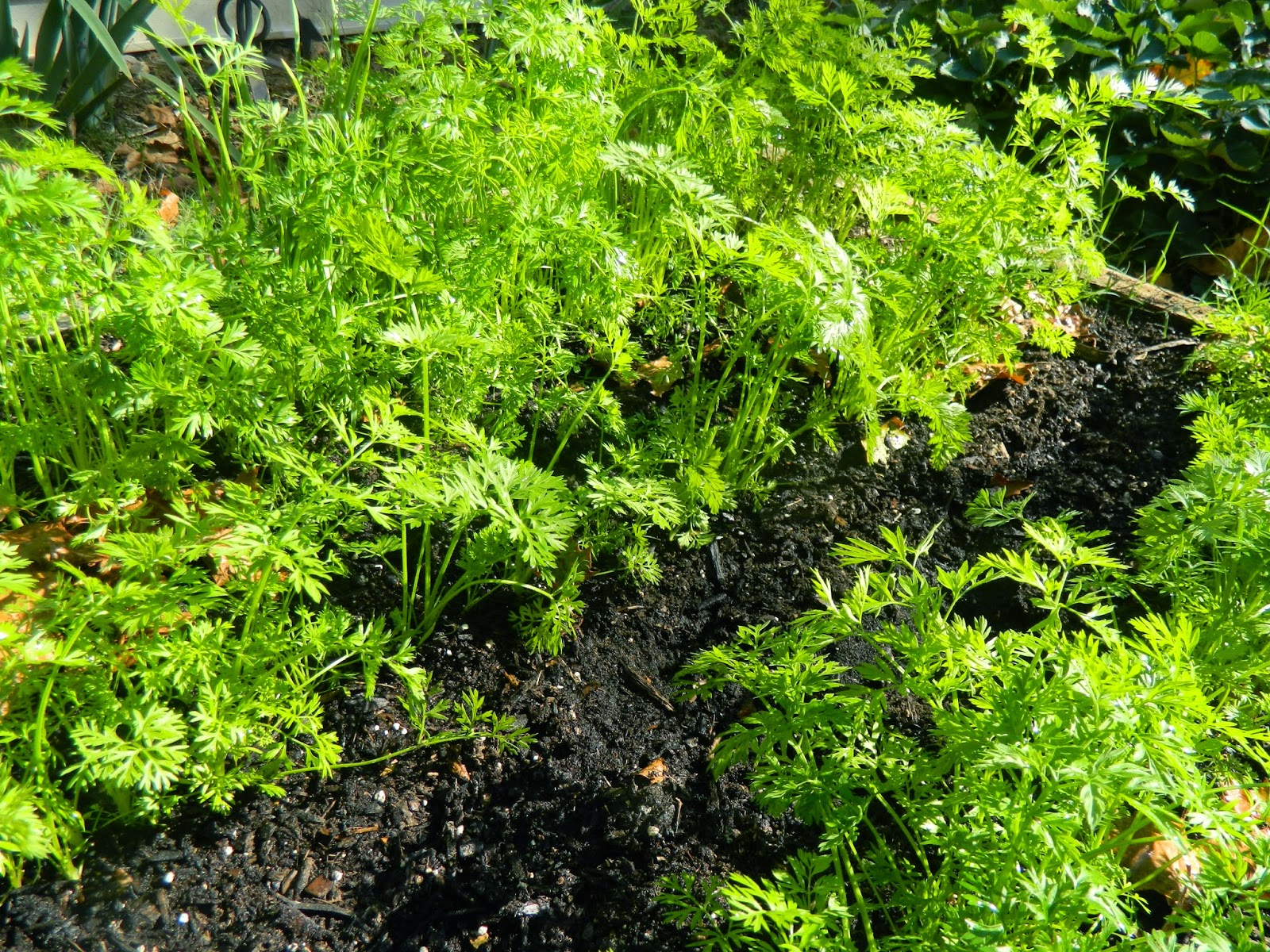 Okay, that's a wrap for this week in the foothills.  Leaving you with a photo of the cool split rail fence at the entrance of Cades Cove in the Great Smoky Mountains. 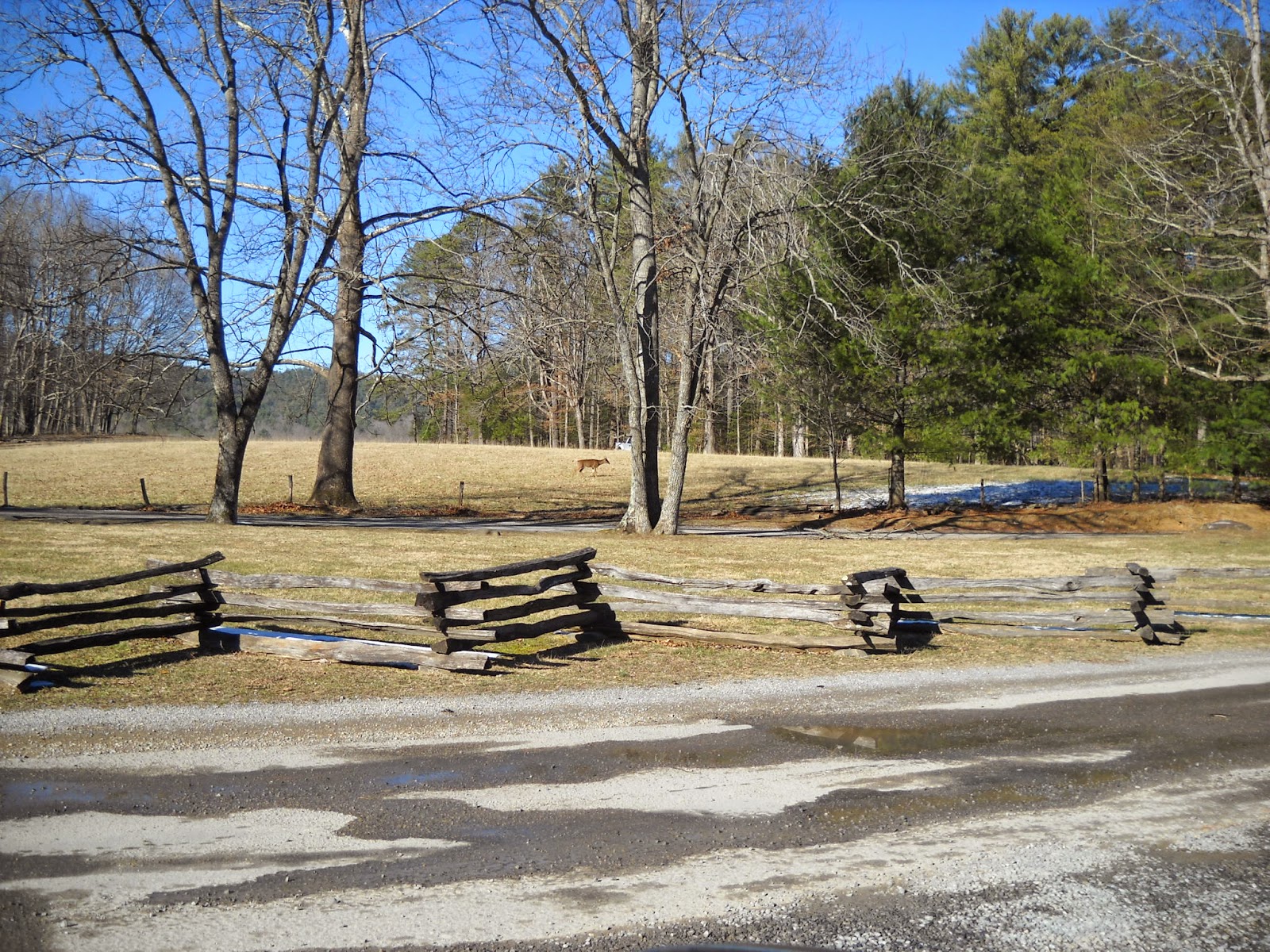 Talk to you soon the Good Lord willin'.

p.s.  Next Monday I'll be participating in the Around the World Blog Hop.  If you're not already committed and would like to participate please let me know, and I'll send you an invitation.
Shared at The Art of Home-Making Mondays,  Good Fences, FarmGirl Friday Blog Hop
Posted by magnoliasntea at Sunday, October 26, 2014