Turmeric - Curcuma longa :  a perennial herb from India that has a large yellow rhizome
Medicinal qualities:  Anti-inflammatory, anti-cancer, anti-bacterial, anti-fungus, antiseptic and more.
Also, it has signature attributes to be aware of - heat and drying.
As you already know I'm a big fan of turmeric for its medicinal qualities.  I've benefited from taking it in several ways.  (See this post.)
I've done a bit more research into its use and properties since first posting about it, and I found something that may help us take it in a safer manner.  The people of India have used turmeric in food preparation and medicinally for thousands of years so I think they are likely to be more knowledgeable about it than we in the U.S.A., who have more recently discovered its great benefits. In India turmeric is used to treat the stomach and the liver, and doctors there have found that its drying property, when taken in regular doses, could cause a degree of drying of the liver if the patient takes it without food.  They warn that turmeric should not be taken alone.  It should be consumed with food such as milk, bread, rice, etc. or in a tea always mix turmeric with herbs that have cooling properties (cumin, fennel, coriander or again - milk) so the turmeric is not alone in your system.  So, if taking turmeric capsules for joint pain or whatever, take them with food or a glass of milk to avoid any side-effects just as you would with any prescribed medication that may otherwise cause a problem.
Teatime with turmeric:
Turmeric Tea:
I grated a 1-inch piece of fresh turmeric root and measured 1 tablespoon to make a warming tea adding it to 2 cups water (that had reach a boil and removed from heat), 2 peppercorns, 1/4 teaspoon fennel seeds and a sprig of fresh fennel from the garden for palate-ability and let it steep for 10 minutes. 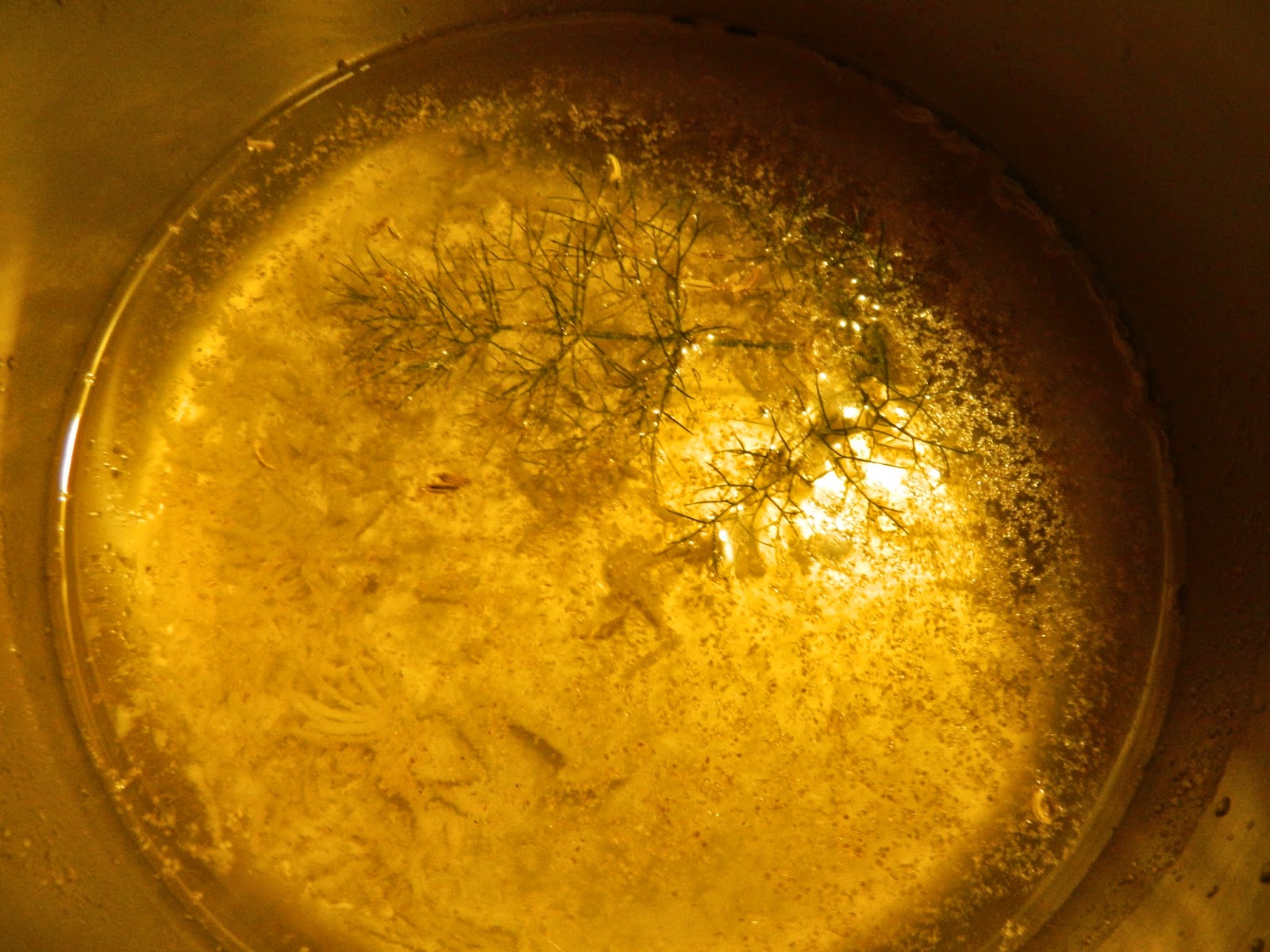 As it steeped the kitchen smelled like I'd walked into an Indian food store - delicious!   I strained the tea with a fine strainer and added a teaspoon of honey per cup. 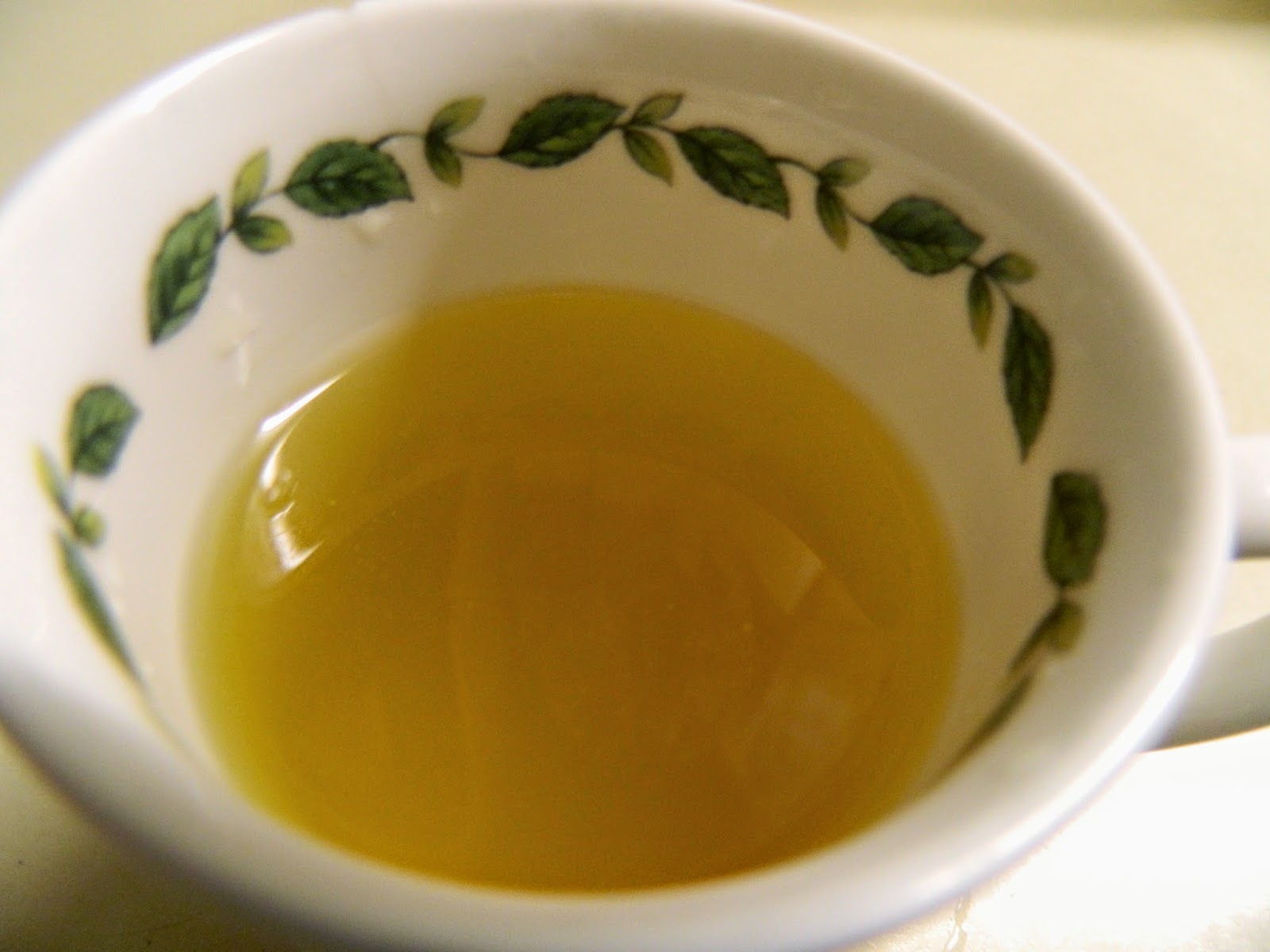 Not bad ... but I still like it best used in dishes such as curries and enjoyed over a bed of rice.

Side note:  If you try a bit of the freshly grated turmeric you will discover it is NOT tasty and that you will be able to spit bright orange for several minutes afterwards and may even sport orange lips for even longer. o.O
Next, as I have a whole pot-full of rhizomes, I'm going to checkout how it performs in a dye bath with a skein of yarn.  Love that bright orange/gold color  - as long as it's not dyeing my mouth or my fingers.

In the kitchen:
This recipe for Chicken Pot Pie is the absolute best I've ever tried.  This one was decorated by Youngest. 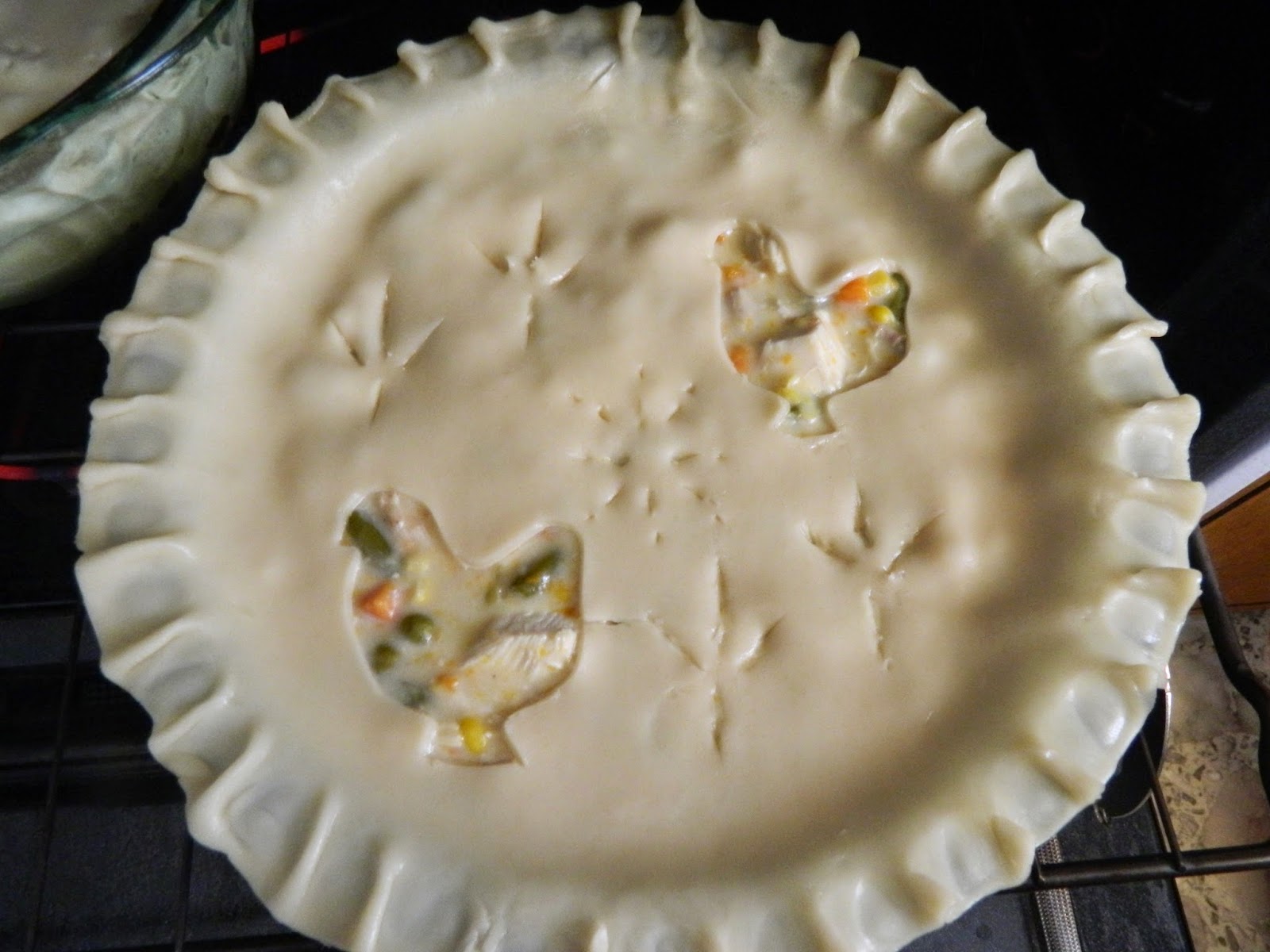 The only thing I did different from the recipe was leave out the potatoes to cut down on the carbohydrates.   I doubled the recipe to make two pies for a recent birthday celebration, and it was a hit.  Yeah, I just tossed the leavings from Youngest's pie crust onto this one, lol. 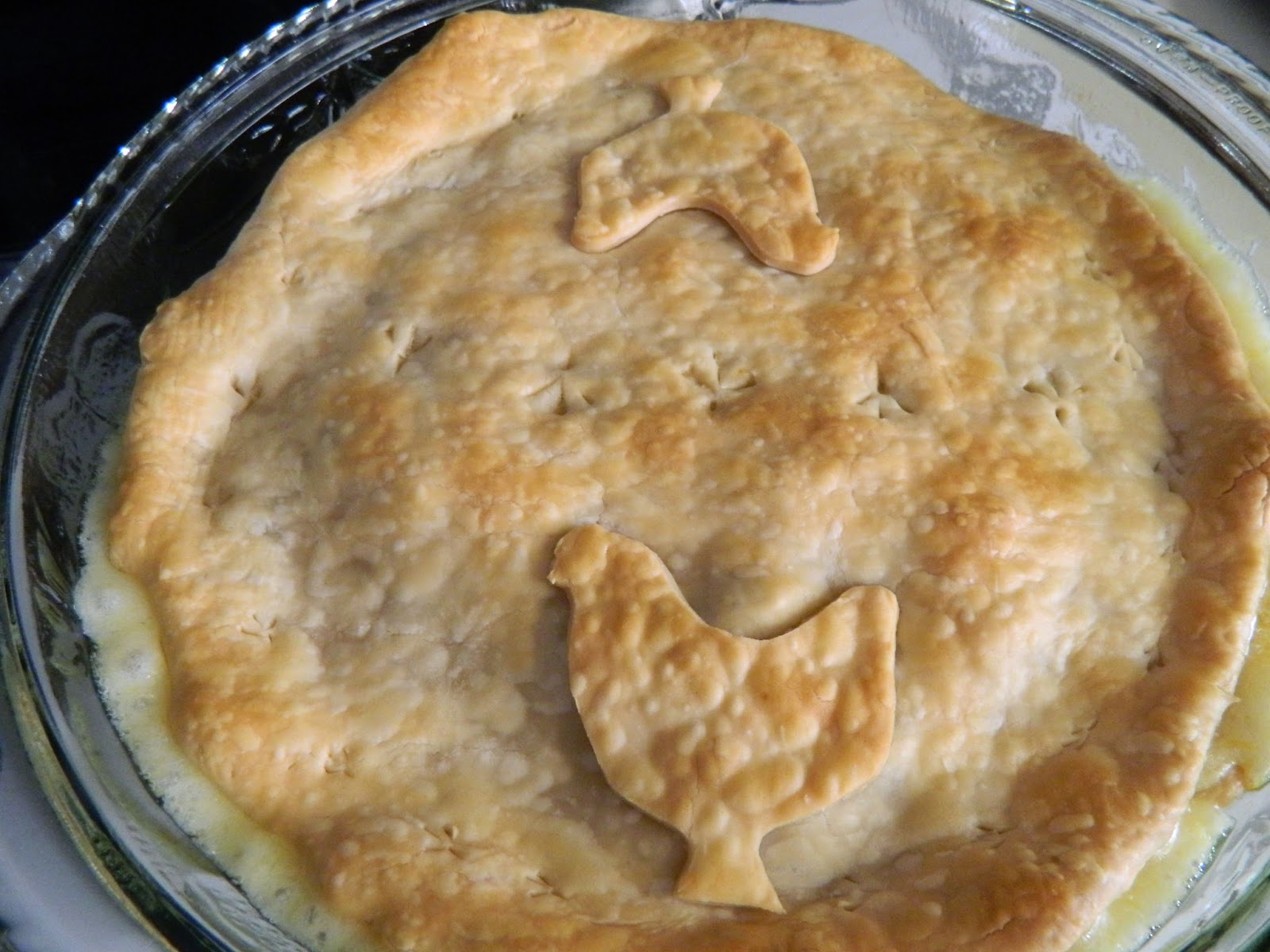 I also made this cake  and filled it with raspberry jam, and it was very good, too.
Oh yeah, I'm ready for spring!  Bring it on. :)