My DRT prize package arrived today so I thought I'd let everyone know how my team did in the Dish Rag Tag 2009 competition. Well, we did pretty good if I say so myself. Chronicles of Yarnia was a great team of knitters from all four corners of the USA, and eight out of ten members were able to send the box back out the same day they received it. That's pretty good. My team's box arrived at the finish point the same day another team's box got there. At that point it was out of our hands and up to the postman. Huh? Yep, that's what I said. We won second place instead of first because the postman put the other team's box in Emily's mailbox first. Ah well. It was fun anyway.
Here's the contents of my prize package for 2nd place. There's a knitting gauge measure thingy/key ring, a starbucks gift card and some 'fficial DRT stitch markers. Kelsey knit the dishcloth I received (in record time, I might add.) Thanks, Kelsey! It looks great. And thanks to Emily for puttin' on the best li'l knitting game around. 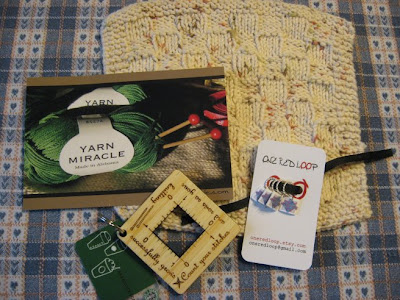 I've been busy knitting these fingerless mitts from this free pattern using the magic loop method of knitting in the round, (and yes, they will have thumbs where the red and pink stitches are when I finish the cables.) I do like this method of knitting two at the same time. There is no second mitt syndrome to suffer from. When you're done, you're done. 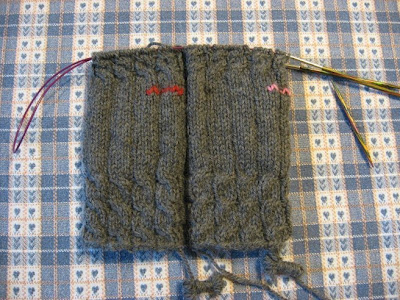 Hope your fall days are full of knitting, pumpkins and beautiful leaves. 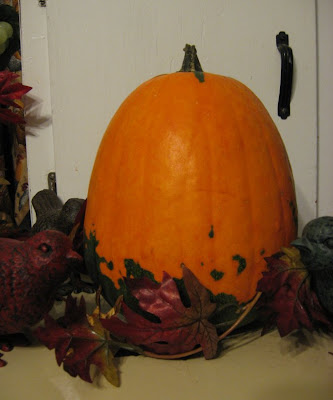